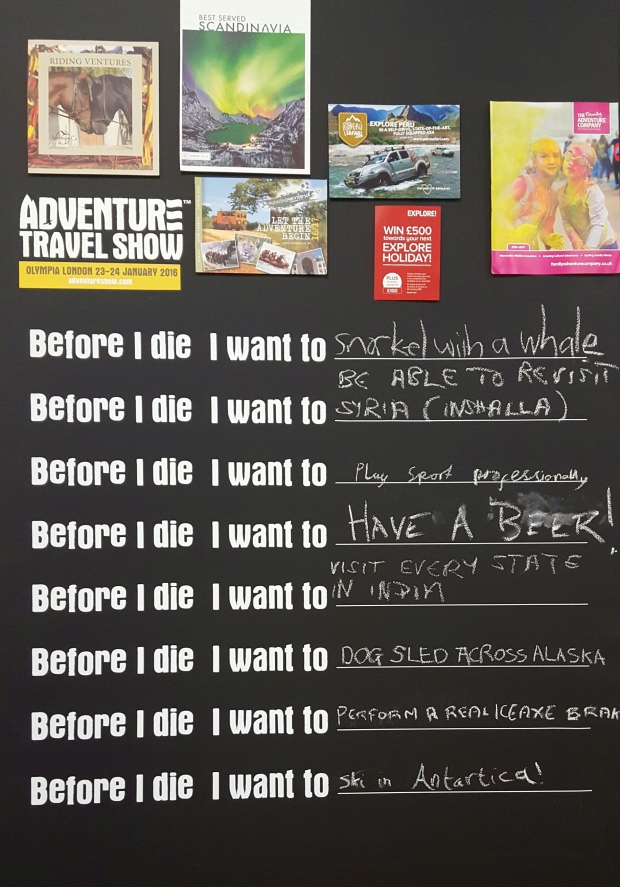 Last weekend I rose with the birds and set off across London in search of adventure.  Well, in search of The Adventure Travel Show at least.  Even though the show’s been going for 20 years I’d never heard of it before and wasn’t sure what to expect when I arrived at Kensington Olympia.

Set out on one floor the place was bustling with eager travellers, keen to snap up a bargain in between seminars and panel talks.  We opted to give the seminars a miss – I’m sure they were great but at £45 they were beyond my budget for the day.  But no matter. In between entering every competition in sight and lusting after expensive adventure holidays we managed to get along to a couple of panels and they were brilliant.

First up was a women-only panel talk hosted by Anna McNuff.  The panel consisted of 4 women adventurers and even though their slot was only half an hour long – a silly move on the part of the organisers – I left totally inspired and motivated to pack my bags and hit the road.

A couple of things the women said really struck a chord with me.  Rebecca Stephens MBE – the first English-speaking woman to scale the Seven Summits – recalled a conversation with a Brazilian MBA student who she was leading up Mount Kilimanjaro.  She said that the woman, in pursuit of professional fulfilment and success, had relocated across the world with her husband.  She learned a new language; altered her mannerisms and dress to fit into the mould her job carved out but the more she succeeded in her work life the more she was sacrificing her self and the things that made her happy.  Stephens said this was something that she saw more often than she cared to recall and she shared her belief that travel was necessary to help us get back in tune with ourselves and I totally agree.

Endurance adventurer Ness Knight talked of her fear of water and how she plans to overcome it by rowing the Pacific Ocean, while motorcyclist Lois Pryce spoke of her solo trip through Iran and how it gave her an insight into the country’s real culture as opposed to the one portrayed in the media.

But it was solo adventurer Anna McNuff whose words really hit home for me.  She said that, so often, we wait until we have someone to go places with but then when that person comes along we don’t go anywhere.  Her advice was to “just crack on” and I have to say I totally took it to heart – more on that later. 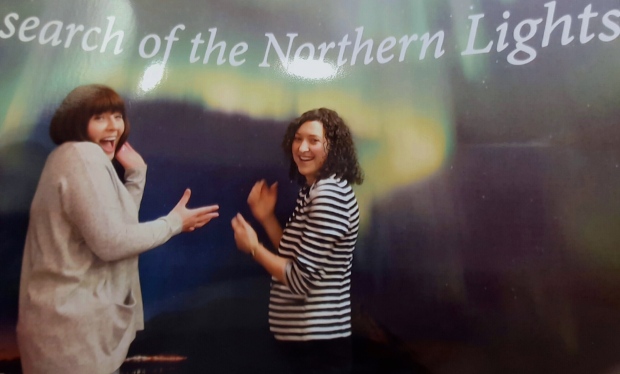 Our entry to win a trip to see the Northern Lights.  Oddly, we haven’t received a congratulatory phone call yet…

After a quick pitstop for lunch we headed back into the show to take a look at some of the tours on offer.  They had any and every type of adventure holiday you could want to go on at the show, from white water rafting in Morocco to trekking in Peru to running marathons, cycling tours, sailing, diving: you name it and they had it.

Lots of the tours on offer were expensive – we’re talking several thousand British pounds.  It was quite hard to think back to the attitude of the panellists earlier on encouraging us all to just get out there when the means on offer to us were eye-wateringly out of reach in some cases. 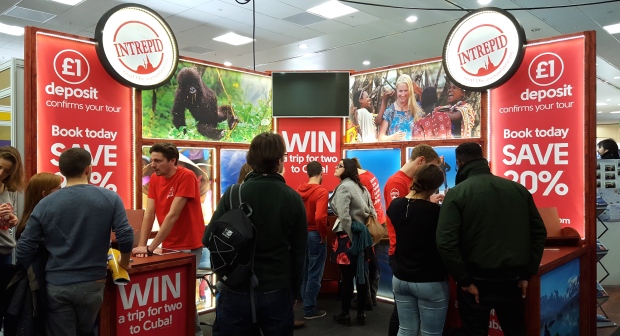 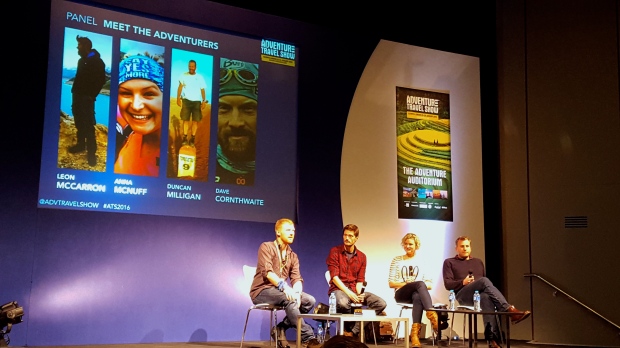 Our final panel of the day featured 4 adventurers talking about their experiences and the issue of money came up.  I listened in awe, again at Anna McNuff, who explained that she didn’t want the hassle of seeking sponsorship for her first adventure – cycling solo through all 50 States of the USA.  Instead she worked 7 days a week for 9 months to be able to afford her trip.  There’s something very admirable of that level of dogged determination.

Another thing that each of the adventurers urged us to do was to say ‘yes’ more.  Such a simple word yet it can open up a world of possibilities if we let it.

So off I trotted home with 3 bags full of brochures. 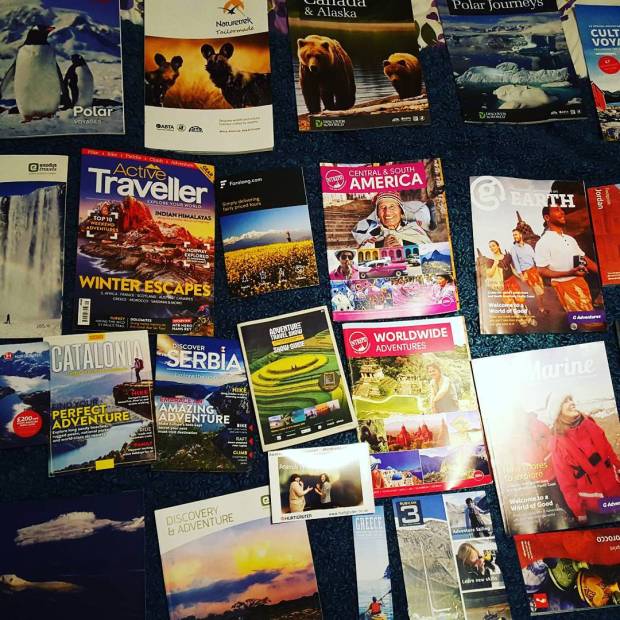 The next day I woke early and began going through every one of my brochures in search for my first solo adventure.  Several hours – and coffees – later I had found the one: a trip to the Galapagos – arriving in Quito before heading to the Amazon, then Machu Picchu before taking in the wildlife above and below the water around the Galapagos.

After a quick phone call to my mum, who by the way, was amazing, I headed back across town to book my trip.  Out of breath from running from the train station and giddy excitement I bounded to my chosen adventure stall to book my trip only to be met with a case of ‘computer says no’ – it wouldn’t be possible to book my trip for 2017.  I was gutted and skulked away a little deflated until I ran into a lovely lady called Claire from Intrepid. I explained to her my woes and she chased them away with tales of their trips.

Even though I wasn’t able to book my chosen trip on the day I’m going to use the next wee while to save up so I can go on my first solo adventure next year.  Galapagos, I’m coming for you!

For more information on The Adventure Travel Show you can visit their website here.  And in the spirit of saying ‘yes’ more often, here’s a link to the Facebook and Twitter pages of the Yes Tribe.  I’ve joined up so maybe we’ll see one another for a micro adventure in the not too distant future!

Until next time,
L X

4 thoughts on “A Visit to the Adventure Travel Show”