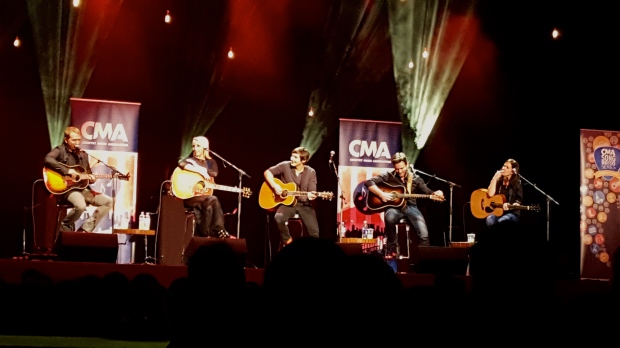 I’ve long had a soft spot for country music ever since the time I heard LeeAnn Rimes warble her way through ‘How do I live‘ when I – like LeeAnn – was a teenager.  Since then my tastes have evolved and so has country music. 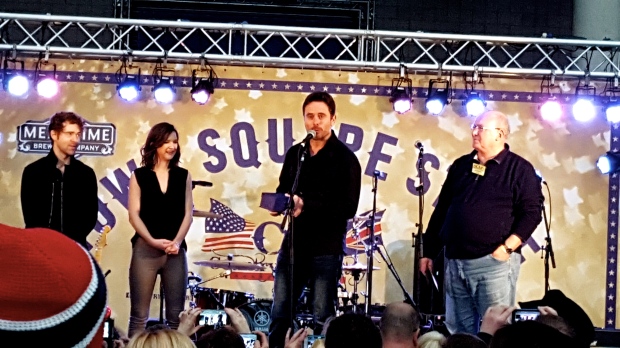 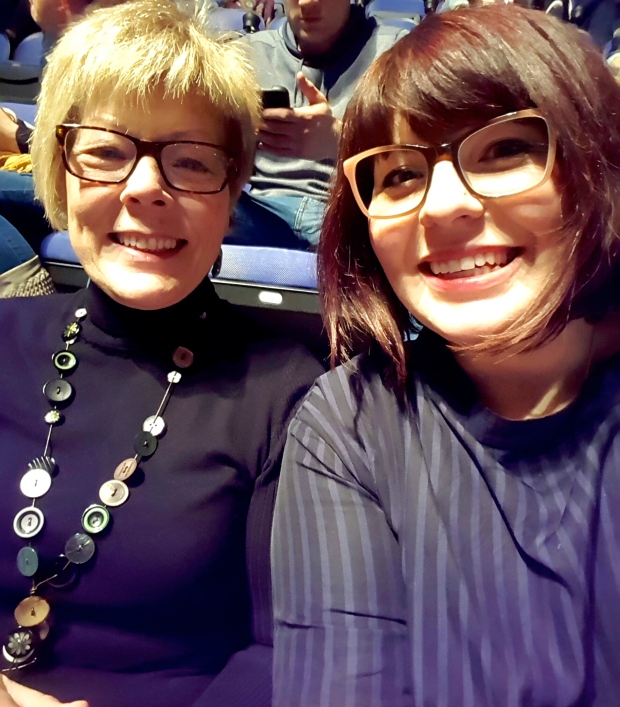 This year I went to my first Country2Country music festival and I had a blast!  I heard so many incredible acts for the first time I thought I would share some of my new favourites with you here.  There were two stand out events that made my experience extra special.  The first was the Country Music Association’s Songwriter Session featuring Nashville’s Charles Esten.  The line-up comprised Shane McAnally, Ashley Monroe, Charlie Worsham, Charles Esten and Lori McKenna.  Some are performers in their own right while all of them have written songs made famous by other artists.  It was such a treat to hear them talk about the songwriting process and jam with one another.  There was even a guest appearance from Miranda Lambert who was due to headline the festival the following evening!

Another reason I had such a great time was the Carrie Underwood concert on Saturday night.  I had bought tickets for my mum and myself to go along and Ms Underwood did not disappoint.  We were way up in the gods but we still had a terrific time and the atmosphere in the arena was electric.  Country music is often viewed as quite a niche market but I think its popularity is definitely increasing at a rapid rate.  Keep your eyes peeled for these amazing artists:

Charlie Worsham has been a regular on the country music scene since he appeared at the tender age of 12, banjo in hand, to perform on stage with one of his idols, Mike Snider.  He’s a talented songwriter and lightning-fast picker and I have a feeling that Bob Harris was onto something when he said Worsham was one to watch.  My favourite song he performed at C2C was called Lawn Chair but I can’t find it online but this track that was featured in TV series Bones is a close second.

If you’re a fan of old school country heroines like Patsy Cline and Tammy Wynette, you might like their modern day counterpart, Ashley Monroe.  Her song Like a Rose is the matter-of-fact melancholic story of her life and is worth a listen.

Maren Morris is a pint-sized powerhouse providing a fresh interpretation of the genre’s gospel roots.  My Church is cheeky, rebellious and takes country down a new, edgier road.

Little Big Town are well known in America thanks to their record-breaking number one, Girl Crush.  Despite the pithy-sounding title it’s the kind of track artists dream of being able to write.  If you’ve ever loved, lost and longed for this song could have been written with you in mind.  The band supported Carrie Underwood and came over as the ABBA of country music.  All glitter, high heels and hugely entertaining.  They easily held the audience in the palm of their collective hand.

Saving my personal favourite to last, I give you Lori McKenna.  She’s best known for the songs she’s written for other people – she co-wrote Girl Crush – but is a hugely accomplished performer in her own right.  Self-deprecating, charming and the kind of girl you’d love to be friends with she has written some wonderful tunes.  This is one made famous by Tim McGraw which she was inspired to write for her children.

Are there any great artists you’d recommend I get into?  Let me know in the comments below!